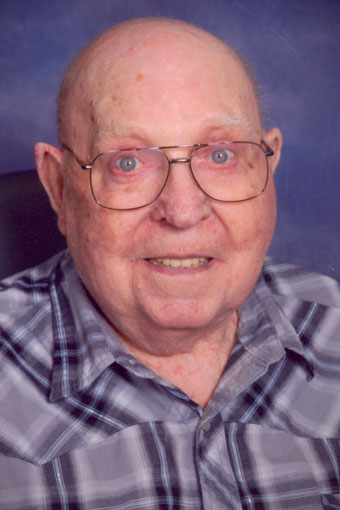 Robert “Bob” Hubert Lechtenberg, age 89 of Lawler, died Monday, August 19, 2019, at MercyOne North Iowa Medical Center in Mason City.
A Mass of Christian Burial will be held at 10:30 a.m. Tuesday, Aug. 27, 2019, at Assumption Catholic Church, Little Turkey, with the Rev. Aaron Junge celebrating the Mass.
Interment will be held at St. Mary’s Cemetery, Little Turkey, with Jamie Lechtenberg, Brad Lechtenberg, Jason Lechtenberg, Chris Lechtenberg, Nick Lechtenberg and Dalton Hubka serving as pallbearers. Honorary pallbearers will be Kari Elder, Tony Tillman, Jen Larsen, Kelly Bailey, Melissa Larsen and Tracy Lechtenberg.
Friends can greet the family from 4 to 8 p.m. Monday, Aug. 26, 2019, at Hugeback-Johnson Funeral Home & Crematory in New Hampton. Visitation continues from 9 to 10 a.m. Tuesday at the funeral home in New Hampton.
Online condolences for Robert’s family may be left at hugebackfuneralhome.com.
Robert Hubert Lechtenberg was born Oct. 31, 1929, in Festina, the son of Bernard and Catherine (Brincks) Lechtenberg.
Bob attended school in Festina through the eighth grade.
He helped on the family farm until he was drafted into the United States Army. During his time of service, Bob was stationed in Germany.
Upon returning stateside, Bob was introduced to Jovina Tillman. The couple was married Oct. 8, 1955, in St. Luke’s Catholic Church in St. Lucas. To this union six children were born.
In December 1965, the family moved to a farm north of Lawler. Bob loved living on his farm, and farming. He was proud to say he lived there for over 50 years. He began his career working for John Deere in Waterloo, working for the company for three years. Bob then took a position with B.P. Silo in New Hampton, and worked for the company for 15 years.
After retirement, Bob went to school for woodworking in Des Moines, and began woodworking and making various things for his friends and family. Bob became very skilled and would make toys, clocks, tables, lamps, picture frames and many other items.
Bob always enjoyed a card game especially “solo” and would catch old time western shows whenever they were on TV.
He loved spending time with his grandkids and great-grandkids, cherishing any time he could spend with them.
Bob is survived by one daughter, Catherine (Jim) Larsen of Cresco; three sons, Donald (Kathy) Lechtenberg of Lawler, Daniel (Audrey) Lechtenberg of Nashua and David (Kathleen) Lechtenberg of Elk River, Minnesota; 11 grandchildren; 15 great-grandchildren; and many nieces and nephews.
He was preceded in death by his parents; wife, Jovina in 2019; two sons, Duane and Kevin Lechtenberg; six brothers, John, Anthony, Lawrence, Alfred, Edwin and Norbert Lechtenberg; two sisters, Angela Schwaman and Marie Wilberding; and two great-grandchildren, Sydney and Hunter.