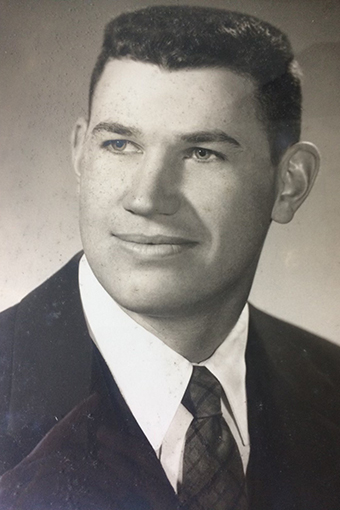 Jim graduated from the New Hampton High School in 1949 as valedictorian and attended both the Iowa State University and the University of Iowa, graduating with B.S. and M.D degrees in 1956 and became a member of Phi Beta Kappa.  His medical internship was served at the Cleveland Clinic Metropolitan Hospital.  He served as a captain in the United States Air Force and a general medical officer at the Wilford Hall USAF Hospital, Lackland Air Force Base in San Antonio, Texas.  He was a resident in radiology at Bowman Grey North Carolina Baptist Hospital, a fellow at the Armed Forces Institute of Pathology and both Fellow and Assistant Professor at the Johns Hopkins Hospital in Baltimore, Maryland.  He was a diplomate of the American College of Radiology and was also board certified by the American Board of Nuclear Medicine.

He was a member of the medical staff at Riverside Methodist Hospital in the radiology department for 36 years sub-specializing in interventional radiology and invasive techniques and who, along with Gordon Taylor, M.D. was among the first to introduce these techniques in central Ohio.  In addition to serving on multiple hospital committees during that time, he was a member of the AMA, OSMA, RSNA, ACR, OSRS and CORS where he was a past president and was also long-time member of the Medical Society of Columbus and Franklin County.  He served 6 years as councilor for the American College of Radiology and several years as an associate professor at the  Ohio State Medical School. He also served for a number of years on the Board of the United Way of Columbus in the finance section.

Jim was an enthusiastic private pilot for much of his life, accumulating over 1000 hours of flight time in single and multi-engine aircraft and he held a commercial helicopter license.  His hobbies included target shooting, antique car restoration, photography, gardening and farming.  He was a voracious reader with a lifetime hunger for reading and a strong advocate of education. He was a life member of the NRA.

A funeral mass will be held at the Our Lady of Mt. Carmel church in Lawler, IA on July 9th  at 10AM followed by a graveside service. A celebration of life luncheon will be held at the Lawler Starlite Ballroom at 12PM. To share memories or condolences, please visit www.schoedinger.com.