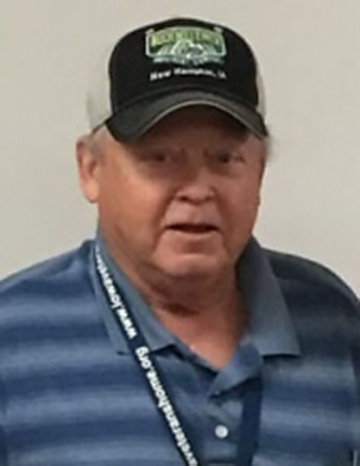 Friends greeted the family from 9 - 11 a.m. Thursday, Sept. 30, 2021, prior to the service at the Funeral Home. Online condolences for the Lindner family may be left at hugebackfuneralhome.com

Michal Allan was born May 31, 1950, in Waterloo, the son of Merlwin and Violet (Waterman) Lindner.

Michal proudly served in the U.S. Air Force in a combat support group. He was stationed at Forbes Air force Base, Kansas, and was deployed to Vietnam.

After his military service, he was employed as a commercial painter and as a security officer in Arlington, Texas, owned and operated a bar/restaurant in northern Wisconsin, and worked for the Iowa Department of Transportation as a surveyor until his retirement. After retirement, Michal operated a pilot car escort service for trucks with large loads. He loved spending time with family and friends, camping, fishing and chuckwagon races.

“Uncle Mike,” as he was affectionately known to many family and friends was a generous and giving person, always helping others not expecting anything in return. Loved to tease his siblings, cousins, nieces, and nephews.

Survived by; his brothers, Edwin Lindner of Waverly, Dennis (Jane) Lindner of Waverly; a sister, Lori Redick of Thornton, and a brother Randy (Corey) of Arlington, Virginia and many beloved cousins, nieces and nephews.

He was preceded in death by his parents; one sister, Janice Travis; three brothers-in-law, Stanley Quillin, Harvey Travis, Bob Redick; and a sister in law, Dianna Lindner.

Memorials in lieu of flowers may be directed to Michal’s family for a designation of their choice at a later date.