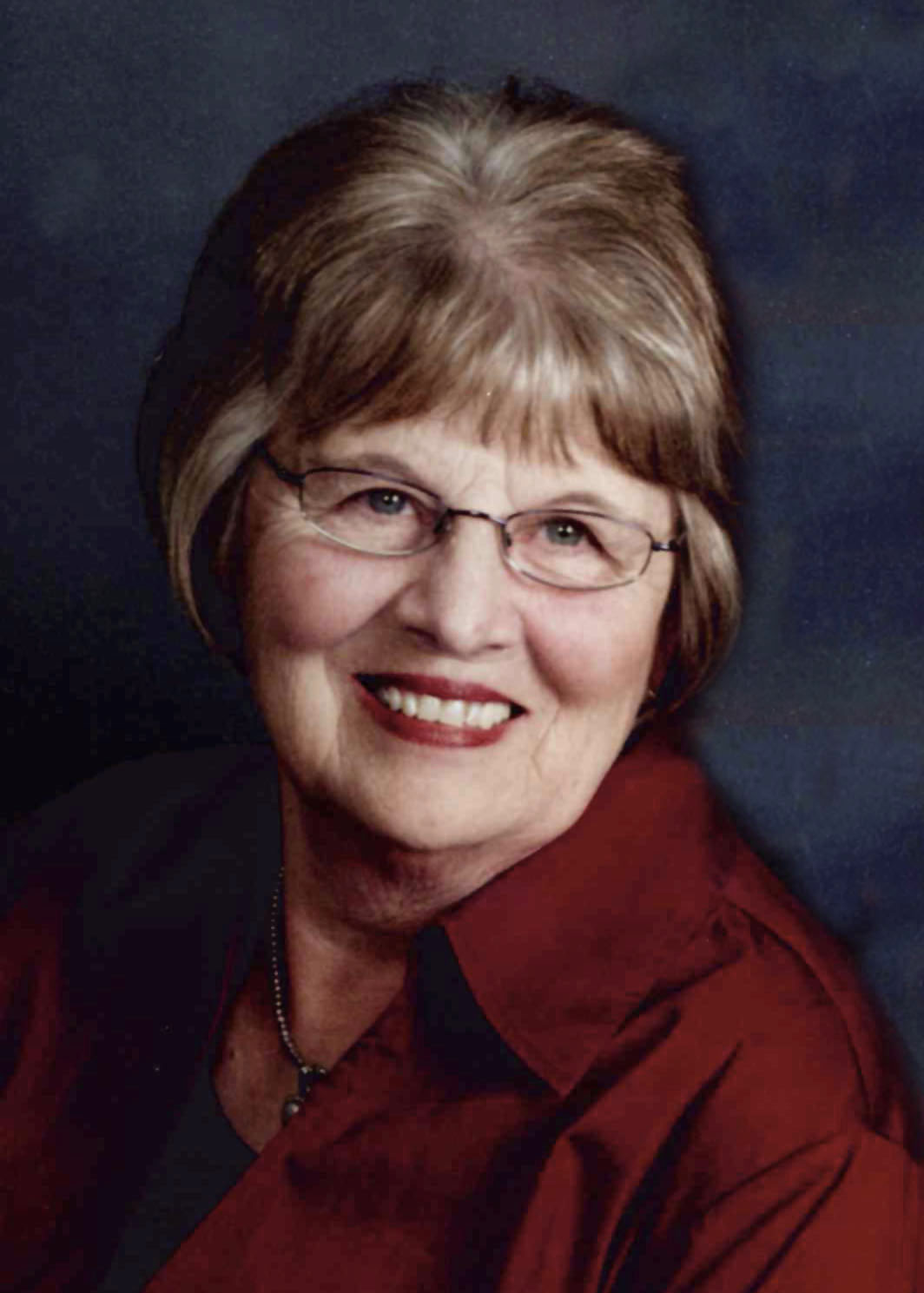 Jean M. Ohm, age 84, of Charles City and formerly of New Hampton, passed away on December 24, 2020 with her daughters and family by her side.
A memorial service will be held at 11 a.m. on Saturday, June 12, 2021 at Conway-Markham Funeral Home in New Hampton with Father Brian Dellaert officiating. There will be a one hour visitation at the funeral home prior to the memorial service on Saturday. Burial will be at Calvary Cemetery in New Hampton. Online condolences may be left at www.conwy-markhamfh.com. Memorials may be directed to the family.
Jean Marie was born on February 12, 1936, the daughter of Carl and Lenora (Gardner) Roths in Nashua. As a young child, the family moved to New Hampton. Jean attended St. Joseph Community School and New Hampton High School. While on her way to school one day, Jean met the love of her life, LaVerne “Butch” Ohm. The couple was united in marriage on February 26, 1952 at St. Joseph Catholic Church in New Hampton. They made their home in New Hampton where they welcomed their two daughters, Diane and Denise.
Jean was a member of the Holy Family Rosary Society and the TNT club where she enjoyed getting together with her friends of many years. Having coffee with neighbors and old friends was a highlight of her day.
Jean was a Avon Representative for many years and she also worked at the Pinicon (Pub), Sara Lee Outlet store and Cenex during her working career.
She and Butch traveled with their granddaughter Denelle and husband Bruce to Hawaii and also toured Europe with Butch’s brother Bill and wife Caroline. After their daughter Diane and husband Bill moved to Montana they made an annual trip there, often bringing grandchildren.While traveling, her grandson said that she would notice older vehicles and comment, “that’s a nice looking Chevy”! Often, the car wasn’t a Chevy but she liked a Chevy vehicle!
After they moved from their farm into town, Butch and Jean loved to take rides in the country, often to check out the crops and stopping for a meal before heading home. On a Sunday, they would pick up some of the grandchildren for a drive, and the kids remember the fun times they had on their drives to look at Christmas lights.
Jean inherited her mother Lenora’s gift for cooking and everyone in the family looked forward to get-togethers where they knew there would be treats for them. For Easter and Christmas, she made her special cookies and for her grandchildren and greats, she made pudding. Her daughters would look forward to her homemade banana cream pie. She knew what each family member liked and would often make them their favorites.
Many who met Jean would later tell her family that she had a warm and beautiful smile and sweet personality. She had the gift of being able to laugh at herself after teasing from family members. Her grandchildren remember her as a wonderful grandparent who was patient, positive, non-judgmental, and loved them unconditionally. She attended many events the grandchildren and great-grandchildren participated in and loved spending time with the family. One of her favorite events was the annual family fish fry at Denise and husband Richard’s residence. She was beautiful inside and out and will be greatly missed by her family but joined, again, with the love of her life!
Those left to cherish Jean’s memory are her daughters Diane (Bill) Cochran of Billings, MT and Denise (Rich) Riley of Rockford, IA; her grandchildren Denelle (Bruce) Gonnerman of IA, Kayleen (Bruce) Tierney of IA, Baylee Riley of UT, Chase Riley of IA and Carson Riley of IA; great grandchildren Ashton, Malea, Zoey and Izaak; her brother Wayne Roths of IN; brother-in-law Larry Flattum of New Hampton and numerous nieces and nephews.
She is preceded in death by her parents; her husband Butch Ohm in 2015; and her siblings Richard “Dick” (Jean) Roths and Carla Flattum.