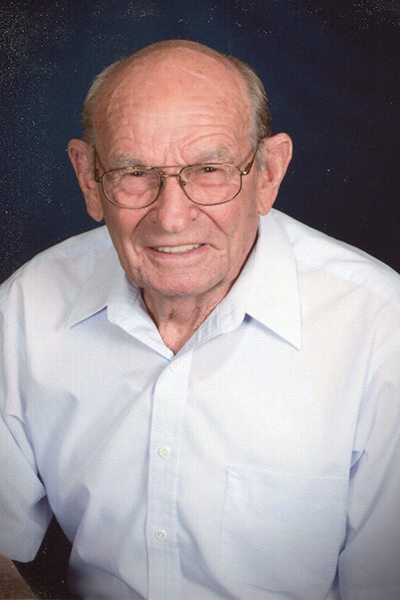 Alvin Stern, age 88 of San Diego and formerly of Fredericksburg, died Wednesday evening, May 25, 2022, from complications after surgery.

He was their ninth child and attended country school in Fredericksburg until the middle of ninth grade when he stopped to help his father on the family farm. He worked with his father on the farm until June  1955, when, at the age of 21, he joined The Brethren Volunteer Service (BVS). After training in New Windsor, Maryland,  for two months, he was sent to work on a dairy farm in Falfurrius, Texas, where he drove a bus to transport people to and from church, worked in the field, remodeled and made repairs to houses and buildings and helped build a church in Corpus Christi. After a year in Texas, he was transferred to Chicago to complete his service and worked as a receiving clerk at Wesley Memorial Hospital.

He married Ardyth A. Nolte of Waverly, on June 9, 1957, in Waverly. Alvin and Ardyth moved from Chicago to Fredericksburg in 1958. They farmed the Stern Family farm for a while, but Alvin took a job at Meinerz Creamery and also did some construction work before starting his own business, Stern Sales and Service in 1964.

He sold, serviced, and installed automated farm machinery for Clay Equipment Corporation and Patz Corporation until he and his family moved to San Diego in 1980 due to his failing health.

After moving to San Diego, Alvin continued to work in construction and volunteered on building projects such as Habitat for Humanity and the San Diego Friends Center.

While he was always an Iowan at heart, traveling back to Fredericksburg many times from San Diego, the move to California was the best thing he could ever have done for his health.

Alvin was a member of the Hillcrest Baptist and Brethren church in Fredericksburg until moving to California, where he was a member of the San Diego First Church of the Brethren. He served as a deacon, board member, and choir member for the Church of the Brethren. He was also an active participant of the San Carlos United Methodist Church for many years.

Alvin was a people person who enjoyed helping others, working outdoors (and playing outdoors – rollerblading, hiking, walking, and horseshoes), music, nature, traveling, church, and spending time with his family and friends.

He had a strong work ethic, positive attitude, and a love for life.

A virtual service will be held on Saturday, July 16, 2022, at 10 AM PST. (If you have interest in attending please reach out to the family at aletayeager@gmail.com for more info.)

Memorials can be sent to the family at 7958 Normal Ave., La Mesa, CA 91941 or directly to Heifer Project International (www.heifer.org).