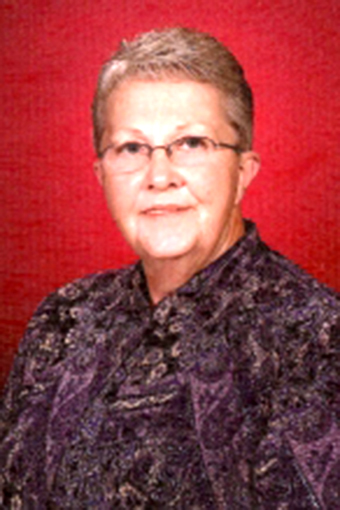 641-394-4334.Rosemary’s remarkable life began on June 28, 1944, when her parents, Albert and Elizabeth (Blong) Bruening, welcomed their only child into the world at Winneshiek Medical Center in Decorah.Rosemary grew up near Calmar and attended grade school at St. Aloysius Catholic School before transferring to South Winneshiek, where she was a member of the Class of 1962.After graduation, she moved to Rochester, Minnesota, where she worked as a pharmacy tech at St. Mary's Hospital. On one of her trips home, Francis and Darlene Kuennen introduced his brother, Gregory, to Rosemary. She and Greg danced the night away, and the rest is history as they began dating, fell in love and were married on Aug. 8, 1964, at St. Aloysius Catholic Church in Calmar.The young couple settled on a farm near Waucoma and welcomed three children — Steven, Earl and Patty — and the Kuennen kids had a mother who could best be summed up as a woman who had a servant’s heart. Rosemary enjoyed baking, raising bountiful supplies of vegetables in her garden and growing the most beautiful, colorful flowers, but what she loved the most was helping others.She took care of her parents, was a loving wife to her husband of almost 58 years, a devoted mother and a wonderful grandmother and great-grandmother.Rosemary was a member of the Catholic Daughters of America and the American Legion Auxiliary, the Jolly Old Timers and card clubs. She was a longtime volunteer of the Waucoma Ball Park Softball League. She and Greg were one of the founding members and assisted in running the league for many years.After her children were grown, she served for almost 25 years as the custodian at St. Mary’s Catholic Church in Waucoma, where she not only kept the inside of the church pristinely clean but also mowed the church grounds for many years.Rosemary was devoted to her grandchildren and was so happy to meet her two great-grandchildren. She always remembered them with birthday cards and even though the technology would frustrate her at times, she loved texting them.She was a woman of deep faith. Her kids will tell you that the Kuennens always went to Mass and that they always arrived at least half of an hour early.Rosemary will always be remembered as a “helper,” a woman who constantly put others’ needs before hers, and she will be deeply missed by not only Greg, her children, her grandchildren and her great-grandchildren but all those she served over the years.She is survived by her husband, Greg of Waucoma, IA; two sons, Steven Kuennen of Fredericksburg, IA, Earl Kuennen of Fredericksburg, IA; one daughter, Patty (Jon) Grow of Buford, GA; 6 grandchildren, Travis (Lindsey) Kuennen and their two children, Karsin and Bradley, of Westby, WI, Justin Kuennen of Spokane, WA, Jessica Kuennen of New Hampton, IA, Stephanie Grow (Kit Ortmann) of Chicago, IL, Elizabeth Grow of Buford, GA, Matthew Grow of Buford, GA. three brothers-in-law, Henry (Arlene) Kuennen of Cresco, IA, James Kuhn of Cresco, IA, Martin Kuennen of West Union, IA; six sisters-in-law, Helen (Fred) Williams of Mabel, MN, Laura (Art) Matt of Clarmont, IA, Margaret (Gerald) Kuennen of Waucoma, IA, Kathleen (Dennis) Russler of Prior Lake, MN, Delores Kuennen of Sumner, IA, Elaine Kuennen of West Union, IA; many nieces and nephews.Rosemary was preceded in death by her parents; in-laws, Frank and Elizabeth Kuennen, Norbert Kuennen, Maryann Kuhn, Luke Kuennen, Neil (Irma) Kuennen, Robert Kuhn, Francis (Darlene) Kuennen, Carol Kuennen, and David Kuennen.In lieu of flowers please designate honorariums to St. Mary’s’ Catholic Church c/o Christ our Hope Cluster 110 Commercial Ave Protivin IA 52163 in Rosemary’s honor.