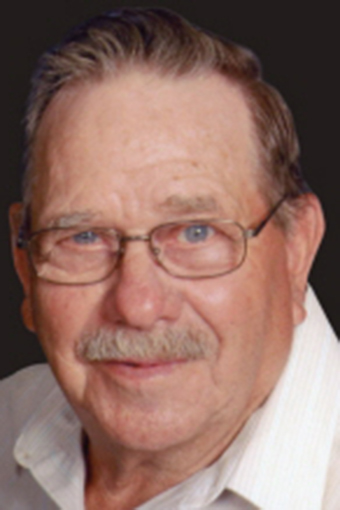 A Mass of Christian Burial was held at 10:30 a.m. Friday, June 3, 2022, at Our Lady of Mt. Carmel Catholic Church in Lawler, Iowa with interment in the church cemetery.

Visitation was from 4 p.m. Thursday, June 2, 2022, at the Hugeback Johnson Funeral Home and Crematory in New Hampton. Further visitation was one hour prior to the service Friday at the church.

Don was born on Jan. 11, 1938, to Irvin and Victoria (Kipp) Leibold on the family farm just west of Lawler. He grew up on the farm with one brother and one sister, and as a young boy, he helped his parents on their farm and learned the value of a great work ethic, something he carried with him for the rest of his life.

He received his education first at Our Lady of Mt. Carmel Catholic School and then went to Lawler High School, where he was a member of the Class of 1956.

One night, Don and a buddy of his went to a dance at the Inwood Ballroom in Spillville. His friend’s girlfriend had brought a friend, Bernadette Hosting, to the dance and introduced Don to Bernie.

The rest, as they say, is history as the two were married on January 9, 1960, beginning a marriage that would be filled with love.

The family grew to include Ron, Joellen, Michele, Lori, Tami, and Marie, and the Leibold children had a father who was quiet, hard-working, and was always there for them. In short, Don loved his family. The kids remember that Dad was a Grade A teaser and although they worked hard on the farm with him, they loved the camping trips they took. The stories they can tell about their father and those days in the “pop-up” camper are priceless to all of them.

Don and Bernie taught their children to be good to others, to work hard, and to always be respectful, and those lessons still resonate to this day.

He was a farmer his entire life, and through the years, Don milked cows, farrowed-to-finished pigs, raised beef cattle, bailed hay, and picked rock (as did his kids, who remember Dad telling them that “if you pick rock, we’ll go camping this weekend!”) and grew row crops like corn and soybeans. Don also began working as a welder at Featherlite in his mid-50s and remained working with the Cresco manufacturer until he retired in his early 70s.

He was also a member of the Lawler volunteer fire department for many years.

There are a million stories when it comes to Don.

There was a time as a child when his mother gave his pet rooster to the nuns so they could have dinner. There were his gardens that he diligently tended and the kohlrabis and cherry tomatoes he loved so much. There was his trusty pipe. The trip to Colorado was when the camper and the vehicle were fully stocked but the gas tank wasn’t. There was the Case 1370 toy tractor that he so treasured and that was an exact replica of the real Case 1370 on the farm. And there was the car he had that didn’t go into reverse so he would pull into the farmstead, drive it up a hill, and coast back so it would be ready to leave the next day!

Don was a champion napper — falling asleep at a drop of the hat — but if anyone turned the channel on the television, he’d quickly say “hey, I was watching that.” Anyone who knew Don knew he was most comfortable in his bib overalls and he would finish every day with a bowl of popcorn or a dish of ice cream.

He loved his 15 grandchildren and eight great-grandchildren, who just like his children years before, knew that Don always had their back.

Don lived a full life, and he was a farmer at heart. He still loved going out to the farm that Ron now runs and helping out whenever and wherever he could, and this man who set such a wonderful example of working hard and providing unconditional love will be dearly missed.

Don was preceded in death by his parents, two brothers-in-law, and two sisters-in-law.