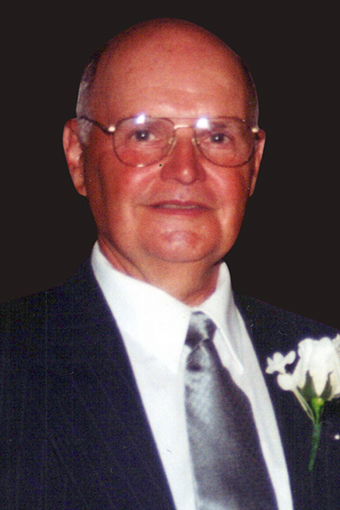 A Memorial Service will be held at 11:30 a.m. Friday, June 10, 2022, at Hugeback - Johnson Funeral Home & Crematory in New Hampton with Rev. Frey officiating.

Don was born on Jan. 5, 1937, to Cleo and Bernice Moothart in the small southeastern Iowa city of Washington, and he grew up in the Wellman area, where he attended school.

He attended pharmacy school at the University of Iowa and served in the Army, working as a pharmacist at Walter Reed Hospital just outside of Washington, D.C., in Bethesda, Maryland.

After receiving his honorable discharge from the service, he returned to Iowa, working as a pharmacist at several locations, including owning and operating Darling Drug and Gifts in Decorah for more than 20 years. He took pride in his work and always put his customers first.

Don eventually sold the store in Decorah, but he continued to work as a “fill-in” pharmacist at a number of drug stores in Northeast Iowa, including Gardner Drug in New Hampton, where he met Mary Lee Meyer. The couple married in 1999 and enjoyed 23 wonderful years together.

For 16 years, they traveled throughout the Midwest and worked at craft shows, where they sold their creations — including the pine furniture that Don and his son built. The couple enjoyed the friendships they made with their fellow crafters and meeting both new and old customers on the road.

Don enjoyed traveling and loved fishing. In Decorah, he raised beautiful quarter horses and also served as the president of the Chamber of Commerce.

In 2018, Don and Mary Lee moved to their home on Sundown Lake in Moravia, where Don loved spending time on the water catching fish and enjoying time with Mary Lee.

This man who will be remembered by all those who knew him as loving and caring will be deeply missed.

He was preceded in death by his parents; his brother, Gary Moothart; and one step-daughter, Nikki Gugin.