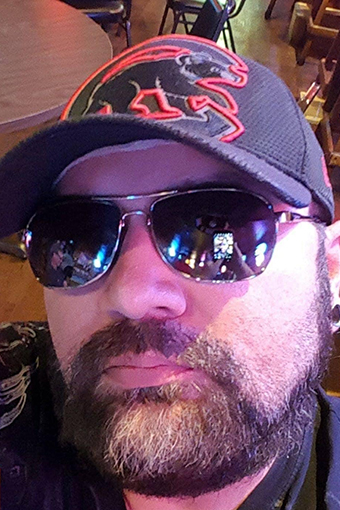 Bruce Edward Throndson was born August 5, 1969, in San Bernadino, CA, the son of Edward and Victory (Menzie) Throndson. Bruce received his education in California. The Throndson family then moved to Lawler, IA. Bruce began working at Featherlite in Cresco, IA, where he worked for several years. Bruce decided to pursue the construction trade and began working at Plumb Builders in New Hampton.

Bruce moved to Waterloo, IA, in 1994, and began working for Ryder Logistics in the shipping and receiving department, working his way up to a shift leader position.

Bruce was an avid sports fan and cheered for the Chicago Cubs, Iowa Hawkeyes, and the Denver Broncos. Bruce was always spending time with his friends and having a good time. He was a fun, free spirit that was always the life of the party.

He was preceded in death by his father, Edward Throndson in 2021; his grandparents, and several uncles and aunts.