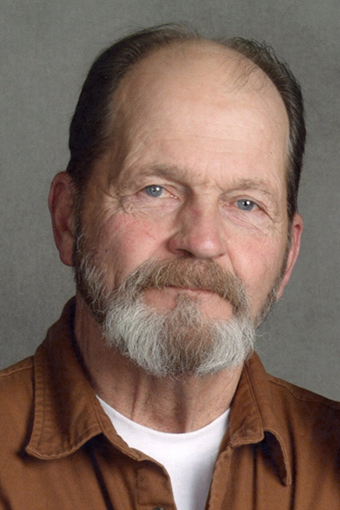 Dale Poe, 69, of Greene, Iowa, passed away Saturday, May 28, 2022, at MercyOne North Iowa Medical Center in Mason City. Public visitation will be held from 4 p.m. to 7 p.m., Wednesday, June 1, at Counsell Woodley Funeral Home in Greene. Funeral mass will take place at 10:30 a.m., Thursday, June 2, at St Mary Catholic Church in Greene. Burial will take place at a later date. Counsell Woodley Funeral Home of Greene is caring for Dale and his family.

Dale Allen Poe was born March 20, 1953, in Charles City, Iowa, to parents Harold and Florence (Howe) Poe. He grew up in Nashua and was raised to be a hard worker. Early in his life Dale spent time drawing, carving wood and etching glass. He was very talented as an artist.

Dale married Connie Guthart on November 4, 1972, at the St. Boniface Church in Ionia, Iowa. A few years later they moved to Greene and started their family. He worked at Schroeder Concrete in Greene for many years, and he loved his Telebelt. He was very proud of the work he did at Schroeder, and would point out places and things he had worked on. Dale also spent time plowing snow during the winter months.

He was a lifelong Vikings fan, and in 2019 he went to Minneapolis to see them play in person for the first time. They beat the Broncos that day and Dale enjoyed every minute of it. He enjoyed spending time and sharing food and drinks with his friends and family. Dale was quite the cook, and was known for his cornbread, sauerkraut soup, and Bob Andy pies.

If you ever needed to find Dale in a crowd, all you had to do was wait and listen for his big laugh. He will be missed dearly by all who knew him. He was a kind, honest man with a heart of gold. He loved his family dearly, especially his grandchildren.

Dale's family has requested that guests wear their Minnesota Vikings apparel to the visitation in his honor.

Left to cherish Dale's memory include his wife Connie Poe, son Seth (Jacque) Poe and his children Brendan and Connor, daughter Becky (Matt) Peterson, adopted daughter Katie Wefel and her daughter Parker, brothers Allen Poe and Max Poe, his friends with the DME snow plow group, and many members of his 'chosen family.'