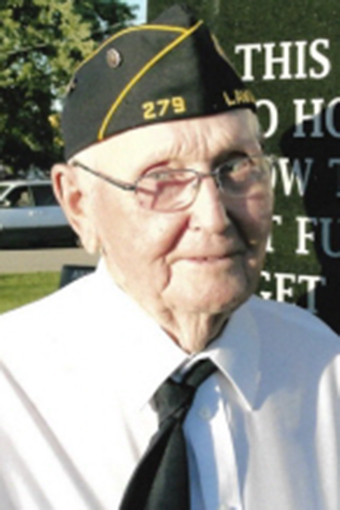 A private family service will be held in Avey’s honor.

Hugeback-Johnson Funeral Home & Crematory has been entrusted with Avey’s arrangements.  Online condolences for Avey’s family may be left at hugebackfuneralhome.com.

Avey was born on July 2, 1928, which just happened to be his father’s birthday, to Ole Andrew and Sophia (Ronnie) Johnson on the Johnson family farm north of Lawler.

He helped his family on the farm and attended country schools through the eighth grade before transferring to New Hampton High School, where he became one of the best baseball players to ever don a Chickasaw uniform. He threw a perfect game against Charles City, and at the time, he was just one of about 20 in the United States at that time  to ever accomplish that feat.

This and many other performances led Avey to be inducted into the first class of the New Hampton High School Chickasaw Athletic Hall of Fame.

Avey’s pitching talents led the New York Yankees to sign him to a minor league contract, and a year later he was part of a trade that landed him in the Chicago White Sox organization. He pitched for minor league teams in Fond du lac, Wisconsin Rapids, Superior and Colorado Springs, but in 1950, the White Sox sold his contract to the Ottawa Giants of the Outback League after four of the Giants pitchers were killed in a vehicle crash. Avey helped pitch the Giants to an improbable pennant that fall.

That year, though, Avey was drafted into the U.S. Army, and he served as a tank driver with a unit that was based in Germany, and while firing a round from his tank, Avey hurt his shoulder and saw his baseball career come to an end.

Avey returned to Iowa after serving his country, and one night, he attended a dance at the Inwood Ballroom in Spillville, where he met the love of his life — Carole Lusson. The two began dating and on Sept. 21, 1955, they exchanged wedding vows at St. Joseph’s Catholic Church in Cresco.

The couple had two daughters — Danita and Leann — who remember that, if the lights were on at a ballpark as the family drove by, they were going to stop and check out the game.

Avey remained involved with sports by becoming one of the best officials in Iowa — calling baseball, softball and football games while also starting numerous track meets — and his daughters remember picnicking with their mother as Dad made calls on the field. In 2009, he was honored by the Iowa High School Athletic Association for his work as an official for more than 50 years.

Avey farmed with his father, owned a bar and grill in Festina, and spent the majority of his working life at Multifoods.

Avey was a lifelong member of Crane Creek Lutheran Church in rural Lawler and had served on the church council in the past. He was also proud of his Norwegian heritage, and all the Johnson grandchildren and great-grandchildren learned how to properly make lefse from the best grandpa in the world.

He took a lot of pride in mowing his church’s cemetery for many years, he enjoyed golfing and loved to play cards, especially euchre. He was a Chickasaw at heart, and when he wasn’t officiating, he was in the stands cheering on New Hampton High. His pride and joy were his grandchildren and he loved following them in their activities and sports.

Avey was one of a kind, and not just because he was a New Hampton baseball legend. He was a selfless, kind and caring person who epitomized the saying that “it is better to give than to receive,” and he will be dearly missed.

He was preceded in death by his parents; wife, Carole in 2014; one brother, Don “Satch” (Lavone) Johnson; three sisters, Gladys (Ed) Hadley, Elaine Johnson, and Lorrane Johnson; one brother-in-law, Ed Abt; and one grandson, Mark Johnson Winter.