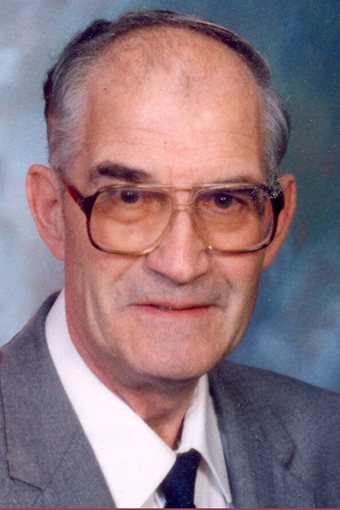 A Mass of Christian Burial was held at 10:30 a.m. Monday, Oct. 11, 2021, at Holy Family Parish, New Hampton with the Rev. Brian Dellaert celebrating the Mass.

Interment with military honors was in St. Boniface Cemetery in Ionia.

Friends greeted the family from 3 to 6 p.m. Sunday, Oct. 10, 2021, at the Hugeback-Johnson Funeral Home & Crematory in New Hampton. Visitation continued an hour prior to Mass at the church on Monday.

Online condolences for the Zeien family may be left at hugebackfuneralhome.com.

Vincent R. Zeien was born Aug. 12, 1933, in New Hampton, the son of John and Wilhelmina (Schwickerath) Zeien. He was the middle child of the Zeien’s seven children and grew up on a farm — helping with various chores — near North Washington.

He attended school at St. Mary’s Catholic School in North Washington, where he was a member of the school’s Class of 1951. After graduating, he worked on the family farm before enlisting in the U.S. Army, taking the place of his brother Louis, who had been drafted but was already married and had children. Vince served as a radio operator in the Army and was stationed in West Germany.

Before he took the oath to serve his county, he went on a blind date with Bernetta “Toddy” Holzer, and there was a spark between the two almost immediately. Vince proposed to Toddy while he was on leave from the Army and after he received his honorable discharge, the two were married on Sept. 24, 1957, at Immaculate Conception Church in Charles City.

The couple raised five children — Tudy, Willi, Rose, Monica and Ken (a sixth, Michael, tragically died when he was just 9 days old) — and the Zeien kids had a father who always made time for his children. They remember well that their dad loved to play with them — riding tandem bikes, playing volleyball and sledding with them on the farm.

Vince worked for Monaghan Farms near Charles City when he and Toddy were first married and then the couple began farming their own land near North Washington. In the 1990s, he worked for his son-in-law, Lester Glaser, in the carpentry business.

He was a hard worker, but it was his dedication to faith and family that defined Vincent Zeien. He was a longtime member of Immaculate Conception and then an active member of St. Boniface Catholic Church after the Zeiens moved to Ionia in 1990. He also was active with the Catholic Order of Foresters, and he and Toddy prayed the Rosary on a daily basis.

Vince loved his family. He was married to the love of his life for more than 60 years, and as much as he loved his kids, his face lit up every time he had a chance to sped time with his 12 grandchildren and 10 great-grandchildren. He adored them, and they returned that love and affection in spades.

Vince and Toddy loved to dance, play cards and, for years, belonged to a “neighborhood” 500 club, but he had just as much fun playing UNO with his grandchildren as he did playing euchre and 500 with adults.

Vince suffered a major stroke in 1996, and he fought hard during a gritty recovery. After his stroke, Vince and his wife spent countless hours making thousands of Rosaries that were shipped all around the globe. He also loved joining his wife on trips to the casino in Tama and always loved telling the story of the night he went up to the room to go to bed and was awakened by Toddy telling him that she had won $2,200.

He moved to Bartels in 2015, and three years later, he lost his beloved Toddy, but, like he always did, he persevered and trusted in the Lord and enjoyed the visits his children, grandchildren and greats made to see him in Waverly.

Even as death approached last week, his face beamed with “big smiles” when they arrived at his room, and as he passed from this world into Heaven, he was listening to “Amazing Grace, How Great Thou Art.”

This man who provided so much joy to so many, who worked hard to provide for his family, who knew that time was the most precious gift he could give and who liked to have a Salted Nut Roll or two will be greatly missed, but those that loved Vince also know that he is where he belongs today — reunited and dancing with Toddy in Heaven.