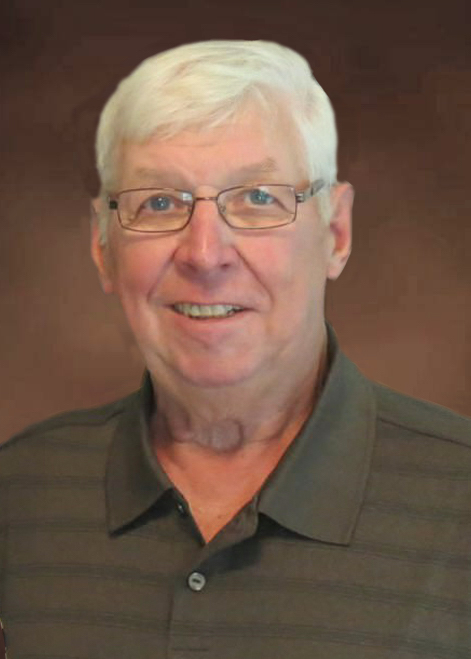 Gilbert J Lensing, 81 of New Hampton, passed away Wednesday May 26, 2021 at Regional Health Services of Howard County in Cresco.
Mass of Christian Burial will be held Wednesday, June 2, at 11 A.M. at Holy Family Catholic Church in New Hampton with Father Brian Dellaert officiating. Military Honors will be provided by New Hampton American Legion Post #38.  Burial will be held at a later date at Calvary Cemetery. Friends may call 4-7 P.M. on Tuesday June 1, 2021 with a scripture wake service at 7 P.M. Visitation will continue at the church one hour prior to funeral mass on Wednesday. Online condolences may be left at www.Conway-markhamfh.com.
Gilbert John Lensing was born January 28, 1940, the son of George and Catherine (Gilbert) Lensing on the family farm near Jackson Junction. He was baptized at St. Mary’s Catholic Church in Waucoma and confirmed at St. Joseph Catholic Church in New Hampton. He attended country school in Jackson Junction until the family moved to a farm northwest of New Hampton in 1952. Gil graduated from New Hampton high school in 1959.  After graduating, he helped on the family farm and worked in the plant at Supersweet Feeds. He and Kathy met through her brother Vern who was determined she date his friend, Gil and that’s where it all began. They were then married on August 17, 1963, at St. Mary’s Catholic Church in New Hampton. He served in the National Guard from 1963 to 1968. After serving with the guard, Gil went back to work for Supersweet Feeds, driving semi for several years until his retirement in 2002. After retiring, he worked part time as a driver for Vern Laures Auto Center, Leisure Time Golf Carts and for the New Hampton Co-op.
Gil was a member of St. Joseph’s Catholic Church serving as an usher and volunteer for other committees and a former member of the Knights of Columbus counsel 1697.
He enjoyed walleye fishing with family and friends in Canada, Northern Minnesota, and especially on the Mississippi River. Gil knew the Mississippi River like the back of his hand especially Pool 9. His late afternoons would be spent socializing with his many friends that he met along the way at local establishments, (as he would tell Kate, “He was going to the library”.) Gil loved spending time with his family and friends and really enjoyed teaching his grandkids how to fish. Family trips to Lake City and Redwing were a highlight of his life.  Gil was honored and presented the Quilt of Valor in June of 2018 by Quilts of Valor chapter.  Also, he was presented the Compassion Quilt in 2020 from Clip’N Stitch Quilters Guild.
Gil is survived by his wife Kathy of New Hampton; his children: Craig (Barb) of Waukon, Keith (Sara) of Mason City and Melinda (Hans) Olson of Cedar Rapids; nine grandchildren Meredith and Jaedyn Lensing, Zachary and Anna Lensing, Jace, Wes, Declan, Corbin and Elyse Olson; one brother Vince (Wilma) of New Hampton; two sisters: Grace Gerleman of St. Lucas, and Therese Orthaus of Ionia; a brother-in-law: Bob Beckley of Bellevue; a sister-in-law Glenda Lensing of Charles City; brother-in-law and sister-in-law, Vern and Jean Laures of New Hampton; and is also survived by many nieces and nephews. He is preceded in death by his parents; his brother Eugene; three sisters: Maurita (Elmer) Marpe, Margaret (Cyril) Bohr and Mary Beckley.
Casketbearers are his grandchildren.