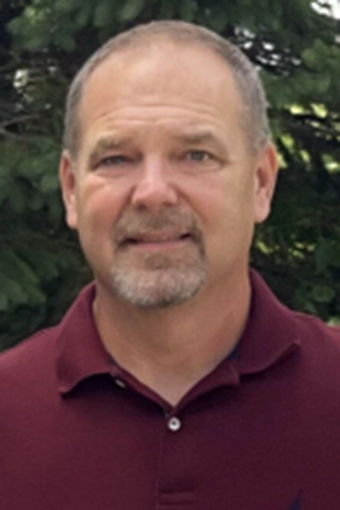 Therin Matthew Rentschler,  age 54 of Fredericksburg, died Monday, May 16, 2022 at his home due to natural causes.

Mass of Christian Burial will be held at 4:30 p.m. on Tuesday, May 24, 2022, at St. Joseph’s Catholic Church in Elkader, with the Rev. John Haugen celebrating the Mass.

Hugeback-Johnson Funeral Home & Crematory in New Hampton have been entrusted with Therin’s arrangements.

Therin received his education at Central Elkader Community Schools. In high school, he was active in football, wrestling, and track. He graduated with the class of 1986. After high school, he graduated from Upper Iowa University.

After college, Therin built a long and successful career in manufacturing.

In high school, he began dating Kim Polkow and the two were married on November 3, 1990, at St. Joseph’s Catholic Church in Elkader.

The couple lived in Cedar Rapids before moving to New Hampton, where they lived for more than 20 years until they moved to Fredericksburg in 2020.

Therin and Kim have three children — Jenna, Tanner and Tyler — and as Jenna will tell you, “he did everything for us, and I mean everything.” He was immensely proud of his three kids who meant the world to him. Therin loved being a part of their lives, attending their school activities, coaching his sons in different sports and helping them through life.

Therin’s coaching philosophy was geared around two mantras. First, there was a time to be serious and a time to have fun. Second, everyone on the team was important. He cared just as much for the last guy on the bench as he did for the superstars. He had high expectations for all of his players, but he was the kind of coach who found success not on the scoreboard, but in seeing players bust their butts for their teams on the court and the gridiron.

Therin was a fun guy to be around — be it at family gatherings, cracking jokes while he served as a statistician along the sidelines at football games or playing “Pitch” and hanging out with “the guys” at various tournaments and camps the teams he helped coach attended.

He will be dearly missed by all those that knew him, especially his wife of 32 years and his three children, and the world just won’t be the same without him.

He was preceded in death by his father, Merlin in 2003; and one sister-in-law, Jennifer Polkow-Haight in 2021.

In lieu of flowers, please direct memorials to the family.