Editor tries to make up for the lack of Christmas cards, letters 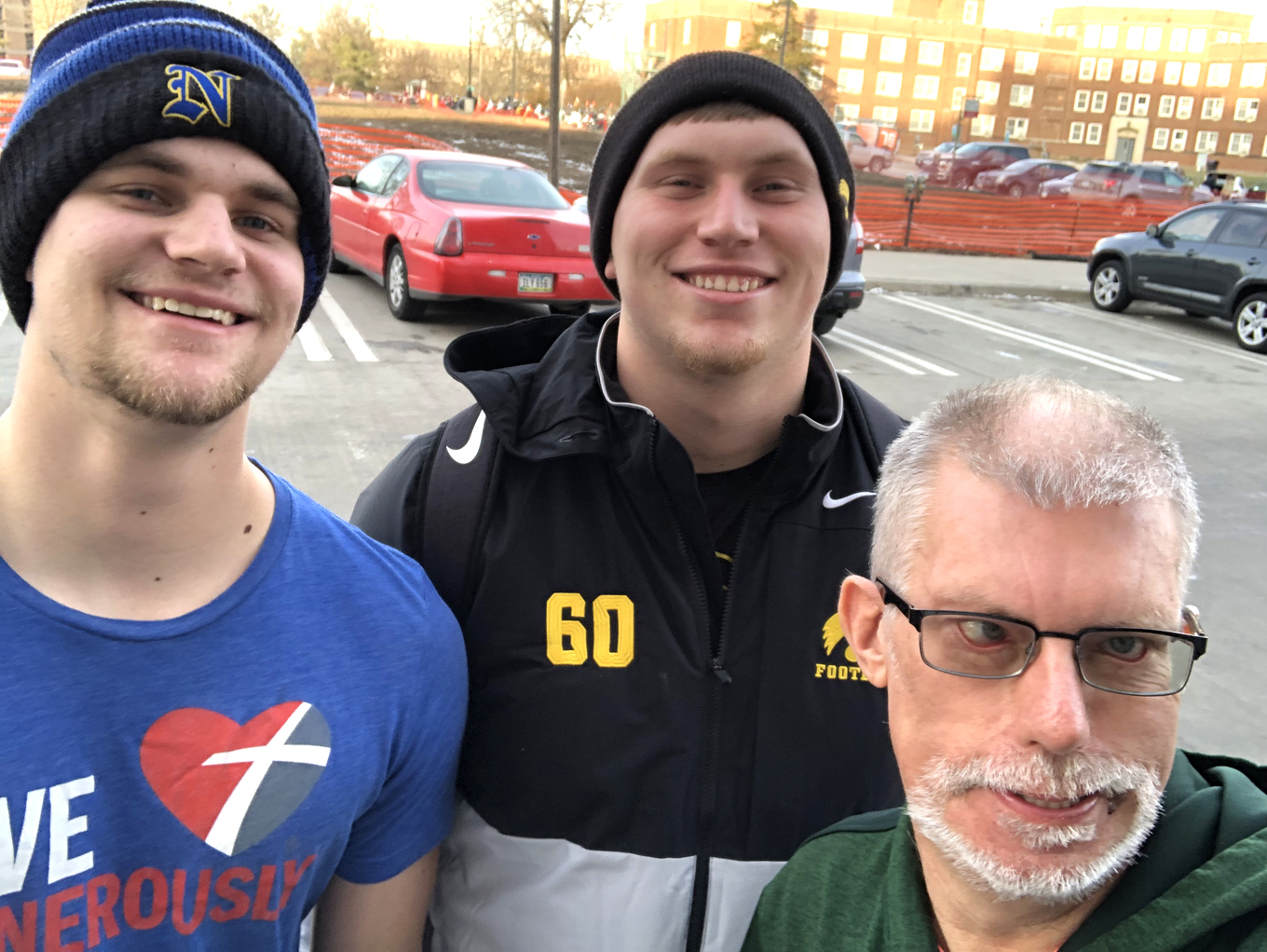 When I was a kid, one of the things I loved to read were the “Christmas letters” that were inserted into the holiday cards that we received by the dozens.
Look, even as a youngster, I knew for the most part that the letters only touched on the best part of a family’s life during any given year. The bad stuff? Never saw any of it in those letters, which was just fine.
Those letters were kind of a year’s worth of Facebook summed up in one letter, and my mother, who saved just about everything, never threw them away. And the cards were taped to our wallpapered wall to celebrate the season.
This year, the Fenske Boys received four Christmas cards. Seriously, that’s it.
I realize I have no right to complain, for it’s been years since I’ve sent out Christmas cards with letters tucked into them. I got soft sometime this past decade and started putting together a letter, making a PDF and putting it on Facebook and Twitter.
And I didn’t even do that this year.
Now, my Christmas letters of long ago weren’t your typical “recount-of-every-thing-good-in-the-year-that-was” letter; I tried to spice them up with a little humor, and because I’m feeling downright guilty — not to mention a tad responsible — for the dearth of Christmas letters, consider this my makeup.
Well, 2019 has come and almost gone, and the Fenske Boys had another great year, one filled with plenty of sophomoric humor (hey, Josh is a college sophomore so he’s got an excuse) and fun.
Here’s a quick recap of the year that was:
Sometime in February: Noah, my youngest son, utters six words I would have bet he would never say. “I want to go to school.” He, like the rest of his teachers and fellow students, was in the midst of having 11 days of classes canceled in a less-than-six-week time frame, but for the boy who loved hearing those three perfect words — “New Hampton closed” — for so long, I was shocked and, even now, can’t believe he actually said it out loud.
Feb. 24: My friend and partner in crime, New Hampton Parks and Recreation Director Rick Kramer, and I drive around New Hampton to get pictures of the “Blizzard of 2019.” We talk ourselves into venturing out into the country right before we come upon a stranded motorist on Industrial Drive. We pick up said stranded motorist, drive him to his wife’s workplace and, as soon as he shuts the pickup door, in damn near unison we say, “Nah, let’s not go out in the country.” There are some who say Kramer and I aren’t the smartest apples in the bunch, but that one comment shows that there are times we can be absolutely brilliant.
March 2: Josh arrives home for his spring break from South Dakota State University. “Hey, at least I went south,” he said. OK, New Hampton is technically south of Brookings, South Dakota, but seriously, it wasn’t like the beach at Garnant Pond was open.
March 10: Josh departs for South Dakota; my food bill drops.
April 25: Noah wins the Drake Relays shot put competition. Dad is pumped. Dad is also grateful to be alive after the largest of the Fenske Boys sprints 30 yards to give his father the tightest, most painful, yet best hug in the world.
May 20: Dad delivers his graduation gift to Noah, who walked across the stage and got his diploma — signed and everything! — the day before: A co-pay to get his wisdom teeth yanked.
June 10-19: I take my only “vacation” of 2019, and while I wouldn’t suggest planning a trip to a “nut house” in Carroll for your getaway, for me, it was the best thing I did all year.
Aug. 10: Josh and I drive to Iowa City to watch the Hawkeyes’ open practice. Noah does fine, we go out to eat and then go to a Dairy Queen, where Noah tells me a body was recently found nearby. Ten minutes later, he says to me, “Hey Dad, you want to go for a walk in the woods.” The apple doesn’t fall far from the tree.Later that day: Josh says, “Hey, did I tell you I’m moving to NIACC on Monday.” Well, no you didn’t son.
Aug. 12: I’m officially an empty-nester. I control the remote, I save a ton of money on food (sorry Fareway, it had to happen sooner or later) and I’m lonely as hell.
Oct. 19: I turn 54, which begs the question why do I still act like a 16-year-old?
Nov. 16: I celebrate an Iowa football victory over Minnesota. For those I grew up with, it’s probably the most shocking event of their lives.
Dec. 19: Josh and I travel to Iowa City to visit Noah before he and his Hawkeye teammates leave for the Holiday Bowl in San Diego. We joke, we laugh and honestly, I cried a little. To watch my two sons, who really didn’t like each other all that much five years ago, converse and to realize they are best friends for life is the best moment of 2019.
Dec. 30: Deadline is 15 minutes away, which brings a merciful — to you readers — end to this letter.
In all seriousness, I hope you had a Merry Christmas and I hope you have a happy and prosperous 2020. And I hope for one more thing — that we will once again find the time to send Christmas cards and letters next year.