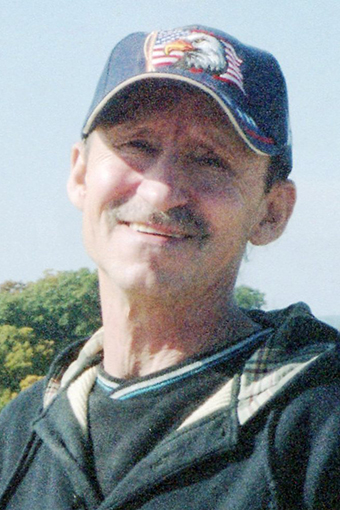 Duane J. “Dewey” Heiselman, age 62 of New Hampton, died peacefully on Friday evening, Aug. 20, 2021, with his family by his side.
A Mass of Christian Burial will be held at 10:30 a.m. Wednesday, Aug. 25, 2021, at St. Mary’s Catholic Church, Waucoma, with burial in the church cemetery.
Friends may greet the family from 4 to 7 p.m. Tuesday, August 24, 2021, at the Hugeback-Johnson Funeral Home & Crematory in New Hampton, where there will be a 7:00 p.m. Parish Scripture Service. Visitation continues an hour prior to Mass at the church on Wednesday.
Duane J. Heiselman was born July 8, 1959, in New Hampton, IA, the son of Gerald and Vivian (Weigel) Heiselman. He grew up in a large family — he was the eighth of the Heiselman’s 10 children — and attended school first at St. Mary’s Catholic School and then at New Hampton Community Schools. He was a member of the Class of 1977 at New Hampton High School.
After graduating, he worked in construction — first for Tank Brothers and then for Northeast Iowa Masonry. He served in the National Guard — achieving the rank of Second Class Petty Officer — from 1981 to 1988.
In 1979, Dewey and Linda Vrzak walked down the aisle together as a groomsman and bridesmaid, and several years later, a friend of Linda’s told her she had to meet Dewey. “Hey, I know that guy,” she said but after being “re-introduced” to the young man in 1985, the two hit it off almost immediately and began dating. They were married on April 19, 1986, at St. Mary’s in New Hampton, beginning an adventure that lasted for more than 35 years.
The couple loved to travel and some of their favorite trips included celebrating their 25th anniversary at Mount Rushmore in South Dakota, a twilight cruise they took from LeClaire to Dubuque and the countless day trips they took to almost every corner of Iowa.
Dewey loved to make people laugh. He had a penchant for coming up with the perfect witty comments at the right time, but he also was a loving, caring man who had the biggest heart. He loved helping anyone and everyone, and a good example was the work he did as the “right-hand” man for his neighbor Margaret Whalen.
In his younger days, Dewey liked to fish and hunt, and throughout his life, he loved tinkering with electronics, collecting night crawlers he sold to area fishermen, harvesting and selling walnuts and adding to his music collection. He loved rock ’n’ roll music, and one of his and Linda’s favorite songs was “Cherish” by Kool and the Gang. It was their song, one that they played right up until he passed away.
Dewey was diagnosed with cancer this past April, and he fought the battle with all he had. He loved Linda with all his heart, and he helped her prepare for the day he knew was coming.
He was a member of St. Mary’s Parish in Waucoma.
Dewey was a lot of things. He was a supportive and loving husband, he was a pretty cool brother and he was a great uncle to many nieces and nephews.
The lyrics to “Cherish” may sum up his life the best. “Let’s take a walk together near the ocean shore; Hand in hand you and I; Let’s cherish every moment we have been given.” In short, he lived a “cherished” life with is wife, his siblings, his nieces and nephews and his friends.
Survivors include his wife of 35 years, Linda; three brothers, Gene (Linda) Heiselman of Bellingham, Washington, and Dennis Heiselman and Dan (Nancy) Heiselman, both of New Hampton; five sisters, Sandy (Dan) Dirksen of Ionia, Judy (Hal) Kelleher of Nashua, Pat (Russ) Dreckman of New Hampton, Shirley (Steve) Glaser of Nashua, and Barb (Dave) Tank of New Hampton; a sister-in-law, Nancy Heiselman; and numerous nieces and nephews.
He was preceded in death by his parents; brother, John Heiselman; two nephews, Jon Galligan, Jeffrey Dreckman; his father and mother-in-law, Frank and Arlene Vrzak.